COINS DESIGNED FOR THE ROYAL MINT

Proffessor Hawking wrote so eloquently that I could draw a black hole from his descriptions.  Although the final design was drawn about eight times actual size on an iPad, it resembles the original quick sketches made by drawing round a fifty pence coin: a perfect template. At the transition from drawing to relief stage, the Royal Mint engravers made subtle adjustments to the heights of various striations to produce an uncanny 3D effect – with an especially satisfactory event horizon. 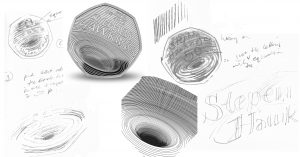 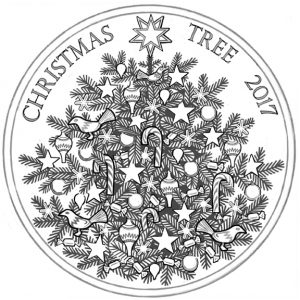 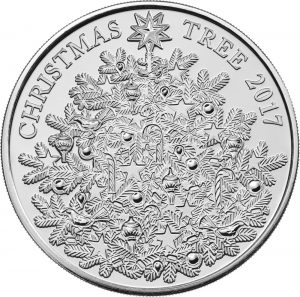 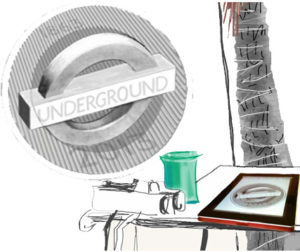 TWO POUND iPAD DESIGN
The design for the Underground commemorative two pound coin 2015 was drawn on an iPad. The final versions were configured while camped in the Pilbara region of Western Australia. A collector’s coin and rarely found in your change – please tweet @edwinaprints if you find one! 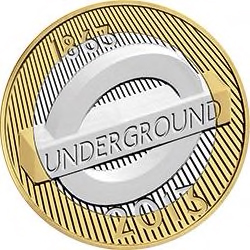 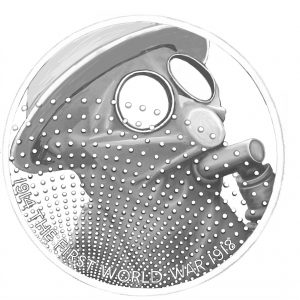 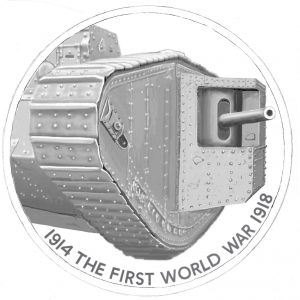 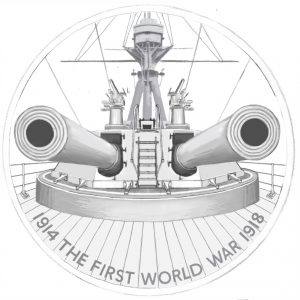 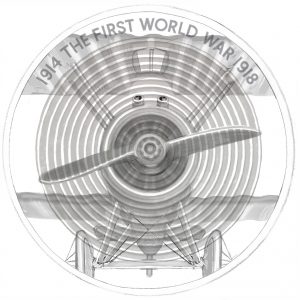 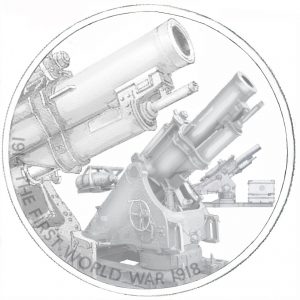 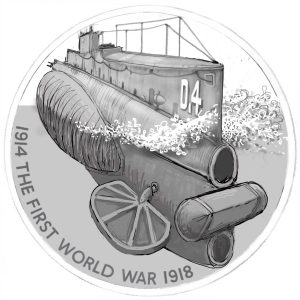 The coins were issued yearly from 2014 in sets consisting of different aspects  of the Great War.
The final designs are iPad drawings using the Sketchbook app.
When addressing early twentieth century war technology in the internet age, it is difficult to comprehend that there was no communication with the ground in aeroplanes, the navy resorted to flag hoist and radios trailed long flexes that some poor sapper had to crawl under barbed wire to lay. In early IWM photographs of the first few months of 1914, the fields of Flanders were still hedged, wooded – and full of turnips.

Submarines, Howitzers and Dreadnoughts were developed before the outbreak. Howitzers trundled into the early battlefields on huge wooden cartwheels, while Dreadnoughts had beautifully caulked wooden decking. Although like barbed wire, articulated treads were invented mid-nineteenth century, the development of tanks was an outcome of the conflict – as was every sort of gas-mask. 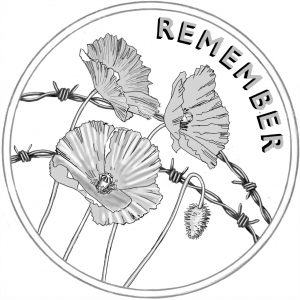 Wild poppies are blood-red pioneers that germinate in disturbed soil. The tragic metaphor of their burgeoning in the battlefields was not lost on fighting troops. They tended small trench gardens, especially German soldiers, making poppies a symbol  for all those fallen that does not dissemble. I wanted a real, wild poppy on the design to symbolise the exact poppies any of those fighting men saw, tended, or watched grow over their mates’ makeshift graves. The barbed wire makes a necessarily hideous contrast. It was such an effective defence that only tanks crushed it. Could the miles of front line existed without this mid-19th century invention to contain cattle?

THE BRIDGE ONE POUND  COINS
The coins represent the four regions of the United Kingdom and were minted between 2004 and 2006. All designing was executed in linocut, which enabled many collaged versions and trials of the bridges and their borders. The Firth of Forth linocut for Scotland is on show at the Museum on the Mound, Edinburgh. Although they are now melted down, the British Museum Money display in Room 68 has  case of counterfeited ‘old round pound’ coins that feature the bridge pounds. 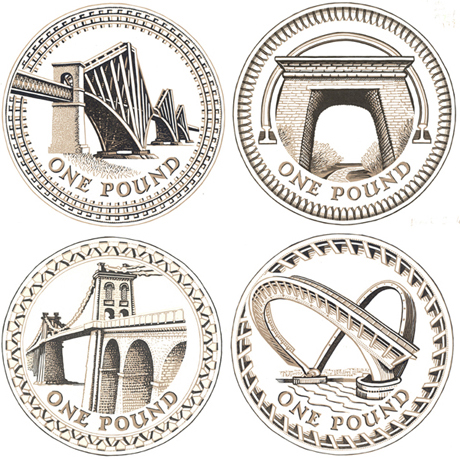 THE LINOCUT PRINTS
The linocut designs were realised in relief at The Royal Mint. In Britain until 2017 it was easy to see how closely the designs were followed by consulting your change. A small edition of the pound coin linocuts were printed on Edwina’s Albion press: available in sets or single prints.